Now that we know how ARP spoofing works, let's see how we can run this attack and redirect the flow of data so it flows through our device. This will allow us to intercept data and see everything sent to and from a target computer, including usernames, passwords, and so on. Now, there are a number of tools that can be used to run an ARP spoofing attack. You can even build your own tool. And I covered this in my Python programming course. But in this lecture, I want to show you how to use a very simple yet reliable tool called ARP Spoof. Then in the next lectures, we'll use an app called Bettercap because it has more features. Basically, the main reason why I want to cover ARP Spoof in this lecture is that it is a very simple tool, but it's very reliable. It's also been ported to many operating systems, including iOS and Android. Therefore, if you learn how to use it, you'll be able to use this tool on all of the other operating systems. So, you can only use this tool to redirect the flow of data and make it flow through your computer. And then you'll have to use another tool, like a packet sniffer, like Wireshark, to analyse this data and do more stuff with it. And we'll cover all of this later on in the course. Using ARP Spoof is very simple. First we're going to have to type the name, so it's ARP Spoof. Then we're going to do I to specify the interface that is connected to the target network. And in my case, it's ETH Zero because that's the interface that's connected to the network. So if I do ifconfig, you'll see that Ethzero is the interface that's connected. Now, as you can see, I'm going to be running this attack against my Virtual Nat network. You can run this attack against any type of network, even WiFi networks, and I will cover that later on in the course. But for now, just until you properly understand how this works, I highly recommend you do what I'm doing right now and test the attack against the Virtual Nat network. So all you'll have to do is make sure the Kali machine and the target Windows machine are both configured to use the same Nat network. So we're going to do T to specify the target. And my target is at 100 two seven.As you can see here, that's the IP of my target. And I'm going to have to give it the IP of the gateway, which is at ten 00:21, as you can see here. Now, this will spoof the target, telling him that I am the router. We will also need to run this command once more here. So I'm going to clear the screen and again I'm going to do ARP Spoof IET zero. And the target this time is going to be 100, two to one, and ten at 00:27. So right now we're going to be telling the router that I am the victim. So the first one will fool the victim,the second one will fool the router. Now, keep in mind that this attack will work against both Ethernet and WiFi or wireless networks. I'm running it right now against a virtual network that acts as an Ethernet or a wired network. But the attack can be executed exactly the same way against wireless networks. All you have to do is connect a wireless adapter to the Kali machine, connect the adapter to the target network and use it. So the same concept as the network scanner applies. You need to have a wireless adapter that works well with Kali, and you need to have that adapter connected to Kelly and connected to the target network. So I'm going to hit enter here and I'm going to hit enter here. And now, if we go to the target machine and run the same command ARPA, you're going to see that the Mac address now for the router is different than what it was. And this is actually the mac address of the Kali machine. So right now, this Windows machine thinks the router is at this Mac address. And every time it needs to send requests, it will send them to this Mac address, which means that they will be sent to this computer right here. Now, this computer is not a router, so when it gets requests, it's actually going to stop them from flowing and going to the router. This is a security feature in Linux. So you need to enable port forwarding so that this computer will allow packets to flow through it just like a router. Now, to enable port forwarding, we're going to do echoone to proc sys net IP, version four, IP forward. And as you can see, this command gets executed with no issues. And right now, this computer still has Internet access. So we can go and browse any website we want. But all these requests are not going directly to the router, but they are going to this computer first, and then this computer forwards them to the router, as shown in this diagram. And then when the responses come back, they go to the hacker first, and then they go to the victim. So, as you can see, a very simple tool. It allows us to redirect the flow of data so it flows through our computer, allowing us to become the man in the middle. And once we're the man in the middle, we can inject code into the browser of the target. We can steal usernames and passwords, see all the information that the person sends and receives, replace downloaded files with Trojans, and much, much more.

ExamSnap's ECCouncil 312-50v11 Practice Test Questions and Exam Dumps, study guide, and video training course are complicated in premium bundle. The Exam Updated are monitored by Industry Leading IT Trainers with over 15 years of experience, ECCouncil 312-50v11 Exam Dumps and Practice Test Questions cover all the Exam Objectives to make sure you pass your exam easily. 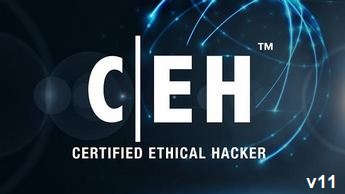