Hey everyone, and welcome back. So in the earlier lecture, we discussed the high-level overview of what the Run command is all about. So what we'll be doing in today's lecture is we'll be creating an EC2 instance over here, and we'll be configuring this EC2 instance to work with the Run command. So the very first thing that you need to do is create an iM role. So in this easy instance, let me just refresh here, there is no I role associated with it. So let's do one thing. Let's go to Im and let's create a new role. So I'll go to the roles. I'll create a new role. This role will now be for EC Two. So I'll select the EC two over here. And within this, there is an ECto roll for Simple Systems Managers. So we'll be selecting this one, and I'll click on Next Permission. So by default, there is an apolicy which AWS has already created. So we don't really have to select the policy. I'll just click on "Next Review." I'll give the role name as "Runcommand" and I'll click on Create Role. So once this role is created, I'll attach this role to the EC2 instances. So I'll go to Instance Settings and attach ReplaceRole and here we'll be selecting the Runcommand role and clicking on Apply. Perfect. Quickly verify whether you can see the Imrole Run command and it is perfect. So once the Im role is attached, the next thing that you need to do is install the SSM Agent. Now within the documentation itself, you have the command with which you can install the SSM Agent. It is simple to install if you're running a Red Hat-based system. So in my case, I am running Amazon Linux. So I'll use this specific command to execute it. So let me just log in again. Perfect. So let me just quickly install the SSM Agent. I'll be pasting this command into the resources. So in case you need it,you can directly copy and paste that. Perfect. So the Amazon SSM agent has been installed. So the next thing that you would want to do is just verify whether the status of this Amazon SSM Agent is running or not. So I'll quickly do a status on Amazon SSA Agent and you'll see it is running as expected. Perfect. So, once you have agents installed and Imrole configured, the next thing you can do is go ahead and select the Runcommand and click on the Run command. So there are various ways in which you can run a command. In our case, I'll be using the Run shell script. If you look into the targets, you will still see one or two EC instances. So this EC2 instance has the SSM Agent installed, which is the reason why you are seeing this. So once you see and select this instance, Go ahead and type the command that you want to execute. So I'll do LSL Root and I'll do Rpm QA. So these are the two commands that I want to execute. Now, let's quickly verify the contents of the root directory. There is a file called atest within the root directory. So this will allow us to verify the output that you can see from the run command. So these are the two commands that we'll be executing. I'll just put it as Mand. Within the advanced option, you can store the output of your command in three buckets or you can enable the SNS notification as well. So along with that, you also have an already made command which the SSM has already generated. So whatever command that you have written over here is converted to the SSM specific command, and you can actually run this command manually as well. However, this is something that we'll not be doing right now. So let's do one thing. Let's go ahead and click on "run. Perfect. So now if we go and view the results,this is a success. The status is success. And now you look into the view output,the first command. This is the first command where we did LS, this one LS root. So this was the first command that was executed and the output was test. And this is something that you see within the run command output as well. And the second command that we executed was Rpm HyphenQA, and these are all the packages that were part of it. Now, one thing that you will see here is that the output is truncated. So there are certain character limits. 2500 characters of output are shown. So if you want to see the entire output, you need to configure it with the three buckets. So since we have not configured it with the three buckets, we'll only see the truncated output. But the ideal case is that whenever you run a command,you configure the s three bucket as well, so that the entire output of the command would be stored in the s three bucket for you to look into. So this is the high level overview of what the run command is all about. I have found that the run command is very useful in certain cases related to investigation or even certain use cases where your SSH feels. So this is all about the run command. I hope you found this information useful, and I hope to see you at the next lecture.

Hey everyone and welcome back to the Knowledgeful Review series. In today's lecture we'll be exploring some of the services which are part of the SystemsManager service. In today's lecture we'll be speaking specifically about the run command. So the run command, and in fact, the entire SSM, is a new feature which has been introduced recently within the AWS environment. So the Run command, as the title itself says, allows us to run a specific set of commands within the instances that you are running. So generally, let's assume that I have a Linux server here and I want to execute a certain command here. So what I would typically do is I would log into the server via SSH and then I would run a specific command. So this is one of the normal ways. Now let's assume that you have hundreds of instances and you want to run one specific command in all the hundred instances.So what is the easiest way to achieve this? So, while configuration management tools like Ansible are ideal, AWS has also enabled us to execute this specific use case using its own service called run command. So generally, let me show you that when you click on the run command, there are various ways in which you can execute a certain use case. So the use case can be for Windows, and the use case can be for Linux as well. So let me show you one of the examples. So you have a specific AWS run shell script over here, and if you go a bit down, there are certain commands that you can execute over here. So what you can do is you can specify which command that you want to run, you can create Iptables, firewall rules, or whatever you want to specify the command, you specify the instances on which the commands should execute, and you can also specify the timeout related values as well. So all of those things can be specified and after you have specified your configuration, the AWSrun command will execute the commands that you have specified in this text box to all the instances that have been selected. One question you may have is, "How can you run command execute thecommand inside the EC two instances?" So let me just quickly show you. I have my account logged in, so if I do a quick Rpm QA on Amazon, you will see there is an Amazon SSM agent which is installed. So if you want to work with the run command, you have to install the SSM agent on all the two instances where you want to execute the command. So once the agent is installed, you can go ahead and create your own command and that agent, which is installed on the server, is responsible for executing that specific command. So I have one sample command which I have executed. So this is the command. You see, the document name is AWS run shell script, so if I go into the output, the status of this specific command has been successful, and if I go ahead and click on viewoutput, you see it has given me the output of the command which has been run. So basically, I had run an acommand which was rpm Hyphen QA. Let me just show you. So Rpm QA, this is the command that I executed with the run command and this is the output that the run command gave me. So this is what the "run" command is all about. We'll be doing is wrapping up the lecture right now, and in the upcoming lecture here, we'll look into how we can execute the run command. So there are a few steps that we have to take, like IAM role policy installation of the SSM agent, before we can go ahead and do a run command. So this is it for this lecture. I hope you found this information useful, and I hope to see you at the next lecture. 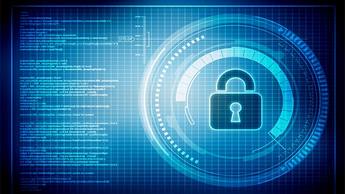