My favourite saying about time is that a man with one watch always knows what time it is. A man with two watches is never quite sure. Well, for our network devices, we want to have one watch. We want to agree on what time it is. And that's possible thanks to a protocol called the INTERNET TIME PROTOCOL. And before discussing how it works, let's think about why network devices need accurate time. Well, as just a couple of examples, if we're doing troubleshooting and we're going through logs of our network devices,we can see what time certain things happen. Maybe at 02:00 a.m., this server experienced this error, and at 01:59 a.m., this router gave this error message. And if everybody agrees on what time it is,then we can do some event correlation and maybe narrow down the source of the problem. Also, for security reasons, we can use digital certificates to make sure that we're talking with the party we think we're talking with, and to make sure we can communicate with them securely by encrypting traffic. These digital certificates, though, have expiration dates. At a certain date and time, a specific certificate is no longer valid. So we need to agree on what time it is. If we don't have our clock properly synchronized,we might think it's a different year. We might think an invalid digital certificate is invalid or a valid digital certificate is invalid. And those are just a couple of reasons why Another reason that comes to mind is if I'm working on an IP phone, a lot of times those IP phones will display time, and they get that time from a server that gets its time via NTP. Well, in the United States, the naval observatory is the keeper and reiterate of the time. And they both have atomic clocks in Washington, DC. and Colorado Springs, Colorado. And the way an atomic clock keeps time is by monitoring the number of vibrations or oscillations of a cesium 133 element, because cesium 133 will vibrate a little bit over 9 billion times per second. And after that, many oscillations occurred. Dingding, ding. That equals 1 second. So this is a hyper-accurate clock. Now, we are probably not going to be able to point to an atomic clock from our computer,but there are lots of other NTP servers on the internet that can point to that atomic clock. So what we're probably going to do is have at least one device in our network, like a router, point to that clock, which may be getting its time from an atomic clock, and we're going to synchronise that time for router r one.In this example, using NTP, NTPuses UDP ports one, two, and three. And here's a memory aid for you if you want to memorise that port number. I think of the old Jackson fivesong ABC easy as one two three. Well, I think of NTP as one, two,three, and NTP also has a mechanism that gives us the believability of a time source. Now, the most believable time source is that atomic clock. And believability is measured as a stratum number. And the atomic clock has a stratum number of zero. And the stratum numbers can be zero through 15 and still be valid. If we get to 16, then that source is considered not to be credible. And let's say that we're pointing to a clock on the Internet that has a stratum value of one. If it has a stratum value of one, that means it learned its time from one of those atomic clocks with a stratum value of zero. because we increment the stratum value by one each time we go from one time source to the next time source. So if our router R One is going to be the time source for our network and it's going to hand out time and it's learning from a stratum one clock, you guessit, it's going to have a stratum value of two. So now R One is a stratum at 02:00 and it can hand out time throughout the network. Or if we have somebody within the network that's going to hand out time and it learns time from ROne, it's going to have a stratum value of three. But instead of having lots of devices within our network going out to the Internet and saying hey, what time is it? They can just ask R one.And R One is going to propagate time throughout the network. And that's a look at a way that we can have an authoritative time source in our network. And that's thanks to the protocol of NTP. 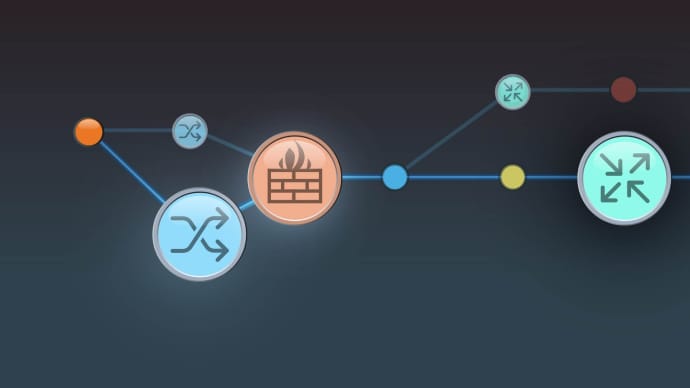