Hello cloud architects. This is not on the exam, this is just a new feature that has been rolled out. I've not seen it on the exam, so you won't be tested on it. But I did want to take a minute to just sort of talk about what it is and maybe why you want to use it, because this is actually a very good solution now from what it appears. So again, this is essentially what is called Cloud Identity. Now, Cloud Identity basically is an ability to secure basically all these online identities and enforce them with multifactor authentication. Again, there are a lot of good capabilities built into it and it is built into the Google Cloud platform as well. So if we go over to the identity and access management admin area, you'll see that it's in beta. So basically, this is brand new and again, this is going to allow you to use the app engine and cloudload balancing as well, which is actually very cool. It provides developers with a little more flexibility and makes it easier for them to incorporate some additional feature-rich application capabilities. So again, it seems like a good deal. It seems like it could be really useful. Now to get this going, you need to basically select this,turn it on, configure the consent screen and first I got to do that, and then again, you want to, and what's cool too is that you could put your company logo here, turn it on, put in your domain and everything as well. And so, for example, you could actually set this up to, again, use a company service that's already been developed and just customise it to integrate with Google Cloud fairly seamlessly. So again, you have to consent, saying again, that you realise that your private data may be used with the open authentication services that are used. So again, feel free to take a look at that. I thought that was pretty neat. Again, this is called Identityaware Proxy and it's under which I am an admin. Let's continue on to the next here.

Welcome back. So let's go and talk about resource management and organisational needs. Now you'll get a question that will, of course, ask you about how to manage identities and impolicies from a hierarchical perspective. And you want to know that the best solution for that is going to be the Cloud Resource Manager. Now basically, IAM policies are generally going to be inherited from the top down, so basically down this way. And so, basically, trying to understand how projects are affected by the GCP organisation could also be important as well. And then under projects you have resources like storage and the BigQuery, as well as virtual machines, et cetera. So basically, what you can do is essentially set policies that are going to be at the organisational level, project level, or at the individual resource level. So, when you set up usage policies, access policies, or whatever you want to call them, keep in mind that there are several ways to do so. However, when it comes to billing, it is more of a bottom-up approach. And so, if you're using a resource, it'll be billed to the project. But then if the projects are billed to the organization, that's essentially what you want to know from that perspective. So again, just remember, Cloud Resource Manager is hierarchical, so it's basically up and down or down and up. In essence, getting an organisation is not something you can do online. You do need to call or contact your Google sales folks, whoever that may be. This is an option where again, if you're a large company that might have many different deployments of the Google Cloud, then setting up an organisation could be a good decision, especially if you want to control spending or understand who's doing what. Again, we'll talk more about projects and resources here in a minute. In the next module, an organisation node Now again, this is something that would come back again with the sales team. Usually, to get the resource manager set up, you definitely want to have an organisational note, and again, this is a node for Google Cloud resources, and it could be either an organisation admin or it could be a project creator. Now again, you could create a project in the Google Cloud but an organisation. That's a different story. And so there are a couple of notes about resources. For example, resources are organised hierarchically. Again, we just mentioned that with Cloud Resource Manager, an organisation is the root node. So do know that as well. Let me highlight that because I think that's important to know. And then under that, which is under all the projects and folders, and they're essentially the children, you can set accesscontrols and configs based on the parent resource. Again, I'm not going to read this to you; it'll be in the notes you can download when you're done with the course. The Google cloud platform provides resource containers such as organizations, folders, and projects. So again, there are many ways to manage resources, billing, et cetera. Again, just have an idea that you've got Cloud Resource Manager. That is essentially how you could set up a GCP organisation and then manage all of your projects and resources through it.

So we already have an idea of what a project is. So what I'm going to do now is create a project. And we're going to use this project for basically associating objects and services with billing purposes, or in this case, just to keep it nice and clean and organised and keep it standardised during the rest of this boot camp. Now you can also, of course, in the project set up networks, and we'll talk about networks coming up in the virtual networking section. Remember, there are three types. There's default, auto, and custom. I'm going to reiterate that again, default auto and custom. And there'll be a reason why I'm doing that. So let's go ahead and create a project. There are a couple of different ways to do this. You go over here and go to the project settings, and you can see that it brings me over to the settings. Now you can see that it has the GCP class virtual. June 16 is when I started it. Now I'm going to create one of the things too. I meant to also point out that the project name can change that.It's between four and 30 characters, but the project ID and the project number that's going to be assigned byGCP, you don't have any control over that. Now when you define a project name, make it so that it's easy for you to go up and do a search to find the resources that you need, especially if you have a large platform in the sense that you have a lot of different resources tied to a project. You want to find everything and make it nice and clean, but also for billing purposes. Remember that as well. So I'm going to go over here, and again,I'm going to change that to, let's see, I'm going to call this the GCP Professional Bootcamp. And so I had already tried that before. That's why that came up, because I wanted to use that just because this is a specific class that we're working on. So I'm going to go save it so you can see that it's been updated. Okay, so again, it's very simple to create a project. And you go over here as well and see, for example, if you want to find projects and folders, you go over here and you can do a search. Now you could also go over here to create a new project. And so, why not? Let's do that again. And so we have by default in the personal account, for example, a limit of twelve total projects at this time. So I'm going to call this GCP Professional BootCamp, and I'm going to call this. I'm going to create one for my Data Engineer class. So again, you can see that I've exceeded that. So I need to actually scroll that down a little bit. I'm going to call it De just to keep it. So again, you don't have too much flexibility in the sense that when you create a project, it's fairly straightforward. So I go to create and it looks like it should be done. I don't know if my eyes totally missed it, but it looks like it's still doing something. So again, it's creating. It shouldn't take that long. And again, you can see that it still seems a little bit slow. It could be my connection for some reason. You never know about A and T. So again, I'm going to go there because it looks like it has been updated. I just probably didn't catch the completion there. So again, now I have two projects. And why is that important? One of the main goals of a project,and again, I'm going to reiterate this, is to associate objects and services with billing. On this exam, they're going to expect you to understand what is going to be part of a project, how to create a project, and why projects are important. So again, that's a very simple demo. I wanted to make sure that you knew how to set up a project project. With that said, let's go ahead and proceed on to the next demo.

ExamSnap's Google Professional Cloud Architect Practice Test Questions and Exam Dumps, study guide, and video training course are complicated in premium bundle. The Exam Updated are monitored by Industry Leading IT Trainers with over 15 years of experience, Google Professional Cloud Architect Exam Dumps and Practice Test Questions cover all the Exam Objectives to make sure you pass your exam easily.

When would be the Google Cloud Associate Engineer dumps available?

Which is better - free or paid Professional Cloud Architect material?

@sugarrrR, I used it. it depends what you mean by saying worth the time. I guess each piece of preparation is worth one’s time. if you implied whether the dump is valid, it definitely is so you should try it. for your information, it is one of the precious materials that purely helped me ace the exam

hello, there!
who used the free Google Professional Cloud Architect practice test? is it worth the time?
thanks. 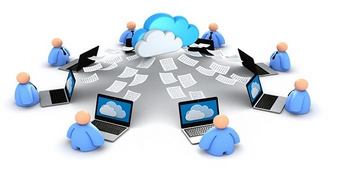