Now, one of the things about these commands is that the output that you get might be something you need to feed as input into another command. We call that piping. Now, piping has some other capabilities for us as well, such as filtering large amounts of output. But basically, filtering is another command, and we're feeding the bulk information that we asked for into the filter command so that it filters what we see. Another example is piping. So the output of one command is input into the next one, and it uses that up and down vertical character that we call the pipe character. Again, like I said, it could look like two little dashes that are both vertical right above each other.

We can also redirect our command to be able to control its output or input if we want to through the use of a greater than or less than sign. So I can actually take the results of a command and output them, redirect them to maybe a text file or maybe something coming in from a certain device input, like from my keyboard, that I want to have redirected into a particular command or file location. So I can do that as well. I can manage things through redirection again using the command line. You can imagine that you could probably use all of this, right? You can have a large output piped to a filter, redirected to a file for output, or you can put them all together and then have that with the double ampersand. And something else, that's what I'm trying to say, is that you have a lot of creativity available to you, as creative as you want to be. And how you issue these commands with all of these meta characters, all the piping, the redirecting, your environmental variables, your self-made variables, all of these things can really give you a robust environment to do almost anything you want to. In Linux.

Now, one of the things we generally deal with when looking at these variables in the shell is the idea of the standard in standardout and standard error. These are just kind of given things that we have configured. The STD in standard input is generally our way of representing the stuff that comes from the keyboard. Standard output is generally the stuff that's going out to the monitor. We used to say it was the stuff that went to the printer, but more likely today it's the monitor. The STD AIRR standard error is frequently a result of an automatic redirection to the standard output device. Again, if an error occurs, bam. right onto your monitor. Those are other things that we can use to help in redirection as well.

Alright, we're going to take a look at some more of these little commands. As I've promised, I'm not going to do the who am I anymore. And just as a reminder, we're going to do thisLS command and we're going to look at the devices and see how big it was.And we started talking about redirecting and piping. And the piping was just a reminder that when you do a command like the LS dev, the output of that command will be sent through whatever pipe you create to another command. In this case, I'm going to pipe the output of the listing of the device directory to the more command. And you remember what that did? It overrode that default behaviour of shoving everything onto my screen and gave me the opportunity to hit the spacebar and look at all of these things one at a time. All right, letter Q, let me quit, let me clear the screen, and everything is all set to go. Now the next thing I'm going to do is I'm going to hit the LS command. You see, I have only one thing here, and that's the desktop. And I'm actually going to go out and make a directory, make a directory in the home folder. I'm going to make the one called Ken and then I'm going to move to that directory and list the contents. And there's nothing in this location. One of the commands we talked about was this thing called T. And T was a way of creating a file. I'm going to call it Getnasaenfo. And the way T works is that as I hit Enter, it allows me then to start typing here and putting whatever I want in here. And I'm going to actually create what's going to kind of look like a little script of commands like open, ADC, GSFC, NASA, gov. Now when I hit Enter, it's going to echo what I've typed. That particular site might want us to log in,so I'm going to log in as anonymous. Then I'm going to ask it to change to the pubadcfolder. Then we'll tell you to get the contact underscoreinfoTXT folder or file and exit. Now exit is just something I'm typing into this actual text file. It's a text message. To actually exit out of here, I need to hit control. C Controlc is almost universally the way you stop the execution of almost any programme on almost every operating system. So that's something you're going to want to remember. I'm going to list the contents of my folder, and I've got the getnasa info. I'm going to use the cat command so that I can print the contents of that folder. And look at this. I'm going to hit the tab key. Boom. Hit the tab key out there so I can show you the contents of that file. And even though you saw it double up, because of the way in which it was echoing everything I typed in that file, it still showed you the contents of that particular file. Now, if I wanted to, I could use the redirect. I could redirect this kind of information like the FTP command. I could redirect the contents of the NASA info to FTP. But in this particular case, I don't have an FTP server set up. And we'll look at some of those options a little bit later on. But you have to remember that the redirection was just that; it was sending the data of one thing to something else. And it's kind of a nice way of being able to move data from one file to the next, however you want to take care of moving stuff around. All right, that was kind of a quick little tour, again, showing you some more of these commandline options and using commands like t and LS and make directory. And I'm going to keep encouraging you to create your own, so not create them, but to practise with them and get very comfortable with moving around the operating system, moving around the file structure, and the things you can do. 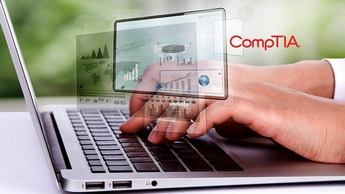