And I want to start by comparing the NSX T to its predecessor, the NSX V. Now, if you have NSX V knowledge or NSX forV Sphere knowledge, that's going to be very helpful in this course, but it's not necessarily a requirement. You can still understand the concepts of this course without an NSX for Vsphere background, but I do want to take a little time to differentiate the two solutions and explain why Nsxt is a superior option to NSX V. As a result, NSX for Vsphere is managed with Vcenter-based tools. Everything is going to be managed using tools like the Vsphere web client. For example, whereas Nsxt is decoupled from Vcenter, we're going to have standalone tools specifically dedicated to Nsxt that don't require Vcenter in order to function. NSXv is specifically for Vsphere environments, whereas NSX supports Vsphere, but it also supports KVM baremetal servers, Kubernetes, OpenShift, AWS, and Azure. As a result, NSX is platform-agnostic, whereas NSX for Vsphere is solely a Vsphere tool. NSX is the networking solution for AWS Outposts, and if you're not familiar with AWS Outposts, it's a fully managed service where you can deploy AWS infrastructure,AWS services, and utilise AWS APIs inside of an aphysical data centre or colocation space that you manage. So you're using the same AWS hardware services and APIs to build and run your applications in your own physical data center. And NSX version two and four have feature parity with NSX V, which really makes it the preferred network virtualization solution. Prior to version two-four, there were some features that weren't supported in NSXT, but that's no longer the case. NSX T 2.4 has feature parity with NSX forVsphere, so some of the features of NSX T are that it supports containers or virtual machines, and every node in an NSX environment contains a management plane agent. We're going to take a close look at the control, management, and data planning coming up shortly in a future lecture. The process of installing Nsxvis is very different from NSX. NSX for Vsphere has an NSX Manager virtualappliance that's registered with Vcenter, whereas NSX is a standalone solution, but it can integrate with Vcenter in order to register hosts. As Compute notes, NSX for Vsphere has separate virtualappliances for NSX Manager, and then it has virtualappliances dedicated to the NSX controller cluster. So with the recommended configuration, you're going to have one virtual appliance for NSX Manager and three for the NSX controller cluster. NSX-T has taken both of those functions and built them into the same virtual appliances. So now there's no longer a separate NSX Manager and NSX Controller virtual appliance. They're all baked into the same cluster of three virtual appliances, so we can eliminate one of those components. And NSX V and NSX T both leverage underlay networks to create layer two networks that can span a layer three physical network. With NSX for Vsphere That underlay network is VXLAN. With NSX T, there's a new underlay network called Genev that replaces VXLAN. The licences for Nsxv and NSXare actually the exact same license. So, if you already have NSX for Vsphere licence keys, you can use the same licence key in NSX T and it will work. Now, the virtual appliances are different, so you're going to need different installation media for Ms. XT. But at the moment, VMware has created different licences for these different products. The NSX four V sphere features a logical switch. This is the layer to switchsolution for NSX for Vsphere. And logical switches rely upon an underlying Vsphere distributed switch, which has to be managed using Vcenter. And one of the big features of NSX T is that it's decoupled from Vcenter. So the NVDs, or NSX Virtual Distributed Switch, is the newest type of virtual switch that VMware provides, and it's decoupled from the Vcenter. It's a host switch that is created on transport nodes like an ESXi host or KVM. It features cross-platform support. So it doesn't just run in a Vsphereenvironment, it can run in the different environments that are supported by NSX, making it very beneficial from a multi-cloud computing perspective.

And we'll start with the management plan. So the management plane of NSX T is a three-node cluster of three virtual appliances. We'll deploy these virtual appliances and create a cluster of three, and the cluster provides availability in the event that one or more of these NSX Manager nodes fails. It also provides scalability as well, allowing operations to be carried out on multiple NSX Manager nodes. And this is our user interface to NSX Manager. So as we get deeper into this course and you start performing some of the hands-on labs, you'll access the NSX user interface. And this user interface is hosted by NSX Manager. NSX Manager also allows us to integrate with a cloud management platform. So we can use a cloud management platform to establish our desired configuration. How do we want our NSX-T environment to be configured? And then we can push that configuration from the cloud management platform into the NSX Manager node. And the desired configuration that we've established is validated. And then it's replicated across all three of the nodes in the NSX Manager cluster. And in a future lesson, we'll explain a little more in depth how this cluster works and how it utilises an underlying shared database to keep this configuration consistent across the cluster nodes. NSX Manager also hosts an API so that we can make API calls and programmatically modify our NSX environment. The control plane of NSX-T is provided by the same three virtual appliances that provide the management plane. So with NSX for Vsphere, we used to have an NSX Manager appliance and then a separate three-note controller cluster. That's no longer the case. Now we just have one three-node cluster, and this hosts the control plane as well. So, when we think about the management plane, we're thinking about how we make configuration changes. If I want to modify my configuration, that's something that's done in the management plan. And so, if the management plane is down,I simply lose my ability to make changes. That's what the management plan gives me. The control plane has a more immediate impact on performance. The dynamic state of our NSX environment is tracked by the control plane. So information about things like the NSX virtual distributed switch, the logical routers that are built into NSX T, the distributed firewall, and the configurations that we make for this dynamic and changing configuration is tracked by the control plane. For example, if new virtual machines are created or virtual machines are moved from one host to another, it's the control plane that tracks all of those changes to our environment. If a dynamic routing table update needs to be performed, that is handled by the control plane. So it learns about the topology information and pushes all of that forwarding information down to the data plane so that the dataplane can successfully forward traffic. Now, also built into this three-node virtualappliance cluster is the Policy Manager, and the NSXPolicy Manager is an intent-based system that simplifies the consumption of NSX T services. It gives us a GUI or we can access it with an API. And basically, we push our intent as far as what we want to be present in NSX Manager. The NSX Policy Manager accepts that intent and carries out the necessary configurations in NSX. And finally, we've got the data plane. So before we get too deep into the data plane,let's go back for a moment and just review. We have the management plan. The management plane is where we make configuration changes. If the management plan is down,we simply can't make changes. The control plane tracks the dynamic state of our MSX environment. That means if our control plane components are down, things like dynamic routing updates or things like adding new virtual machines to existing NSXvirtual distributed switches can become problematic. But any existing workloads are going to still be able to communicate with the data plane. That's where my actual traffic flows. So the data plane includes multiple endpoints. Think of these endpoints as bare metal servers that are running our VMs or containers. Things like ESXi hosts, things like KVM. The data plane is where our traffic is actually flowing to and from our virtual machines or containers. So if there is a failure on the data plane, those failures are service impacting.That's where the actual traffic is flowing. So it's critical to design the dataplane for the highest possible availability. Now, the NSX edge is also part of the data plane because traffic is actually flowing through and being processed by the NSX edge. So the NSX edge is our north-south router. It's what provides the boundary between the NSXdomain and the rest of the world. It also serves all sorts of functions, like network address translation, firewall load balancer, etc. So our virtual machine traffic is going to actively flow through the NSX edge, and therefore it is a data plane component. And we have to keep that in mind when we're thinking about the availability of the NSX edge. Now, the data plan that I just mentioned was for on-premises physical resources like KVM, like ESXi, but we also have public cloud support for NSX Dash T as well. So the data plan can be instantiated and extended to these public cloud solutions as well. 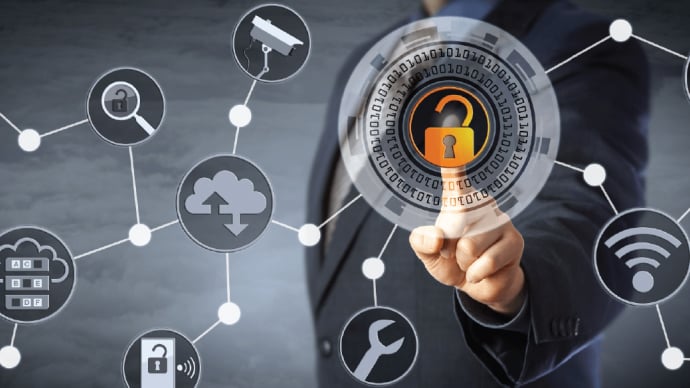