So let's imagine a situation with a storage account where you want files to be in hot storage for the first 30 days that you have them. But after 30 days, the usage profile changes, and you're less and less likely to access them and want to save money. And you want to move those files from hot storage into cold storage. After six months of being in Cool Storage, you will even less likely need to access them and you will want to automatically move those into Archive Storage. Well, that's called lifecycle management. With the Azure Storage account Under Blob service, you can see Lifecycle Management. Right now I don't have any rules set up, but I can click Add Rule and this is my first rule. It is enabled. And let's say that I want to move files from the storage account into Cool Storage automatically for 30 days since they've been last modified. So I can basically set up this rule and it will do this. It will automatically do this. Now, again, we said, after 180 days since modification, we want to move into Archive Storage.We also have the ability to just delete it. So let's say after the chances of us needing this file drop to zero. And so we can set up a rule where the file moves from relatively expensive storage, which is hot storage, to cheaper storage, which is cool storage, and finally it gets deleted. And so, we can basically just set up this type of rule. We can add filters to it. So if we want to have only certain containers, certain extensions, or certain paths, we could do that and basically then say "Add Rule." And so now, within this storage account,files are going to magically move from more expensive tours to cheaper storage. That's called lifecycle management.

One of the more recent additions to Azure is the ability to grant permission to resources, such as a storage account to Acme users. So we've already seen that you can either give someone your assistant keys to the storage account, in which case they have full owner permissions to the storage account. You can create a shared access signature, which you can then limit their permission. But of course, there is some complexity to that as well. And then in order to revoke machines,you have to regenerate your keys. The third way to do this is to go into access control within your storage account. And now you see the interface for Azure Active Directory or Azure ad. Now I don't really have any people assigned to this storage account, so I'm going to go ahead and add them in terms of adding a role assignment. When I drop things, they drop down again the range of related permissions. Everything from full owner contributorreader permissions, which is a role that applies to your entire account, to specific storage account contributors. So this person can read and write anything in your storage account, but doesn't have the ability to grant permission to others. Or if we want to just focus down on theBlobs, we can say Blob data contributor. There's file usevirtual machines and other related permissions in here, but we're going to give this person storage as Blob data contributor. And now we can pull into the ad users groups which are going to do or can do what's called a system assigned manage identity or a user assigned manage identity. So if we have occupied like app services or virtual machines that have system managed identities, we can go into here and grant the permissions for the storage account to those managed identities. Or if there's a user-managed identity, it's in here. So I'm going to go from Azure and I'm going to choose my guest user,which is a Gmail account, and click Save. And so basically, I am granting myself data contributor permissions to only the blobdata within the storage account. And as long as I validate using that user's usingAzure ad, then I can get access to the store. So we're using our back row based access control to get permission to items within our storage account. And again, this was added within the last year.

So in this lesson, we're going to talk about a concept called object replication. When it relates to storage accounts, The concept is basically taking any new files that are in a storage container and copying them to a different storage account, perhaps in a different region,and basically saving them in a separate place. So that is object replication. To start, we're going to go under Settings and scroll down to Broad Service under object replication. Now, object replication relies on a set of rules. And so we're going to be able to set up a rule to say we're going to copy any new files that come into this storage account and copy them to somewhere else based on certain criteria. Of course, the reverse can also be true. We can have files that are copied from another location into the storage account container. as well. I should point out that the destination container is going to be set to read only by Azure. And so you can't use an active container as the destination. So it's probably better to create a new container to receive these files. Now, why would you want to do this? Well, it's one of the common problems of computing is when you receive files into a file storage location that sometimes processes them, and then you want to copy them to another place, perhaps for deletion, perhaps for archiving. You know, Azure allows you to just talk about lifestyle management. Azure allows you to move the access tier from the hot tier down to the cooler archive tier. So, if you don't want to clutter up your storage account container with a mix of hot files and access tier files, copy the files out and then set them to the active tier. So there are some restrictions on this. You cannot, for example, make your source container an access tier. So don't set this to access first and then try to copy it. They generally have to be the same level of access, like hot tier or cool tier. And then after you downgrade that historical tier, this happens behind the scenes. You don't have to have any separate processes for this. This is a feature. So let's set up a replication rule. So we're going to be choosing the storage account that I'm in by default. What we do is choose the destination. And so I created a backup storage account just for this. And the source is going to be the latest container that's in the source storage account. And the destination is going to be backupcontainer, which is in the destination storage account. Now you'll see, by default, there's no filterand it's only going to copy new objects. Now the filter is basically an aprefix that goes onto the file. And so then you can, with multiple rules, you know, files that start with A get copied into the container, files that start with B get copied into a separate container, etc. You can create a filter so that not all the files are thrown into the same backup storage account. Let's not use a filter. I'm going to cancel that and say, okay, and of course, we can also run this on existingfiles, but I'm not going to do that. I'll leave this object as the default. So if I click save, any new files that are uploaded to the test container will be copied to the backup container in a read-only mode. So I'll say save. This is going to happen pretty quickly, so I don't even have to really put up a video. It's basically set up replication on the backup storage account, and it's applied to the main storage account. And we can see this is being listed. OK, objects are copied from this account. That source container is going to that backup container. These convenient links mean I can just click on this and it will take me to the test container. So if I upload a new file to this container and I can use this upload format, it should show up in the backup container. So let's test that. So I click the upload and it shows a picture of my dog, Oliver, and I'm going to say, pretty instantaneously, it's only a 900 KB file. It got uploaded to the test container. So this might not be instantaneous, but let's go into the backup storage account, go to Containers, go into the backup container, and we can see the image is also in the back. Tanner, and like I said, I believe this should be in a read-only space. Now, then you can change it from the hot to the archive tier, if that's what you need. Okay, now, the way that this works is kind of interesting. It uses what's called a "blob change feed." And you can see that a brand new container has been created in my source called Blob change feed. And if I was to navigate,there's a hierarchy here through this. There's this avro file. The Avro file actually contains a logfile of the changes that happen. And we can see my Ali PNG file is in the log file. So basically, it's using a blockchain feed. In order to trigger this copy, you have to have your change feed enabled. If you've got that turned off, it's going to not work. You do that through the data protection section of the Blob service, and you'll see the Blob change feed is under tracking. So this allows you to track changes to the blob containers. So Azure is really using its own features like this, tracking, in order to trigger asynchronous file copy, which will copy a file from the source to the destination. Bye. 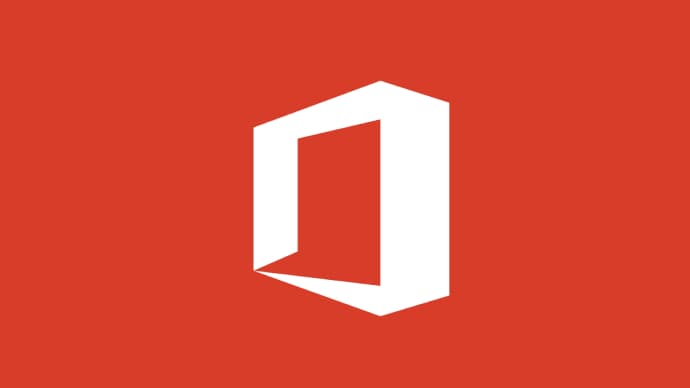