Module 2 Describe the concepts & capabilities of Microsoft identity and access

7. The concept of directory services and Active Directory

The concept of directory services is not new. It’s been there for a very long time. In the Microsoft world, Directory Services was introduced with Windows 2000 operating system and since then we got several features and updates with Directory Services. And Microsoft calls Directory services as active directory. But what is a directory server or a directory service? The Directory Services provides a central database or a central repository for storing and managing information. Well, what kind of information is it? Well, it could be almost any kind of information that can be stored as far as identities are concerned. It will also store their access privileges so that the identities can access the resources in the network for example, printers, network devices and any other resource in the network. The information stored in the directory server can be used for authentication and authorization of users so that they can go ahead and access the applications. In today's world, the Directory Services has become a very essential part of the network centric computing infrastructure. Some experts also called a Directory Services as a hierarchical structure that will store information about objects on the network. Again, these objects are identities. And when I say identities, it could be users or even computers. Active Directory is also a directory service. This was developed by Microsoft, like Isai, and it was part of Windows2000 for on premises domain based networks. The best known term for active directory service is active directory domain services. It stores information about the various members of the domain, for example, device users. It verifies the credentials and also defines their access rights. The server running adds is called as the domain controller. The Active Directory domain Services, or Ad DS, in short, give the organizations the ability to manage multiple on premise infrastructure components and systems using a single identity per user. Ad DS, however, does not support natively the mobile devices or SaaS based applications or line of business applications that require modern authentication methods. Today there has been a growth of cloud services, specifically SaaS based applications. You can bring your own devices or use personal devices for work and this has resulted in the need to use modern authentication. And hence Active Directory has also evolved Tobe what's called as Azure Active Directory. Now, Azure Active Directory is the next evolution of identity and access management solutions by providing organizations with an identity as a service also called as. IDAS.Now, these identities, which are there in AzureActive Directory can then be used to accessapplications across cloud as well as on premises.In the upcoming sections, we will focus on AzureActive Directory and how Azure Active Directory is actingas a primary cloud based identity provider.

When it comes to security, your organization canno longer rely on its network boundaries toallow employees, partners and customers to collaborate securely.Identity has become the new security perimeter.Using an identity provider gives your organization the abilityto manage all the aspects of identity security.In this lesson, we talk about AzureActive Directory, which is the Microsoft cloudbased identity and access management service.So we learn about the benefits of using acloud based identity provider and that includes a lotof features, including single sign on for your users.Azure Active Directory also comes in differentflavors, what they call as additions.So we'll learn about the additions and the identitytypes that are supported by Azure Active Directory andhow can we support external users, the people whodo not belong to our company.So there's a lot to learn here.Let's do this step by step,starting with Azure Active Directory.

Azure active directory.Now, what is that?Azure Active Directory is Microsoft cloudbased identity and access management service.And organizations use Azure ad to enable theiremployees, guests and all other devices to signin and access the resources that they need.So when I talk about resources, what are they?Well, they could include internal resources suchas applications on your corporate network.It could be on the instrument and also cloudapps that are developed by your own organization.It could also be external services like OfficeThree, Six Five, the Azure Portal and anykind of SaaS applications used by your organizations.And that means that Azure Active Directory issimplifying the way organizations manage authorization and accessby providing a single identity system for thecloud as well as for Onpremise applications.Azure Active Directory can be synchronized withyour existing onpremise Active Directory as well.Azure Active Directory allows organizations to securelyenable the use of personal devices suchas mobile phones and tablets and enablethat collaboration with business partners and customers.So, what do we have inpackage for the It administrators?Well, Azure ad is used by It admins aswell so that they can control access to corporateapplications and resources based on business requirements.And that means that, let's say It admincan set up multifactor authentication for the users.The admin can also automate the userprovisioning between the Windows Active Directory andalso Cloud apps, including Office 365.Finally, Azure ad provides powerful tools toautomatically protect your user identities and credentialsto meet an organization's access governance requirements.If your organization is using Microsoft 365, Office365, Azure or Dynamics 365 subscriptions, they willbe automatically using Azure Active Directory tenant.The users of these services will betaking advantage of the Azure Active Directoryservices such as Selfservice Password Reset.However, it has to beconfigured by the organization's admins.When it comes to developers, the developersuse Azure Active Directory as a standardfor single sign on for their applications.So when the user signs in with their preexisting credentials,they don't have to type it again and again.Azure Active Directory will be providing APIs forthe developers so that they can build personalizedapplication experiences using existing organization data.As I said earlier, azureActive Directory has several additions.There is a free version.Apps premium P One and the P Two version.Let's go ahead and understand what features eachone of them brings in the next lesson.Thanks for watching so far. I'll see you there.

By now you know that Azure Active Directory already has four editions. Today it has got the free version, Office Three six five apps version the P one and P two. So what's included in the free version? The free version allows you to administer users and groups synchronize from on premise Active Directory as well, create some basic reports, and also configure self service password reset for all the cloud users. And that means that with all these features, you can have single sign on across Azure, Microsoft 365, and other popular SaaS based applications. The free version, although, has an upper limit of up to50 objects that can be held in Azure Active Directory. The free edition is included with subscriptions to Office 365, Azure Dynamics365 Intune, and the Power Platform. So if you're using any of these subscriptions, you are covered because now you have Azure Active Directory free version supporting tithe Office 365 apps will let you do everything, including whatever is there in the free version. Plus you can have the self-service password reset for the cloud users and Device Write back as well. Now.What is device? Writeback. Device Writeback is a key feature that will help you synchronize between on premise directories and Azure Active Directory. The Office 365 App Edition is included in several subscriptions of Office 365.And these are e one, e three, five, the f one and f three. Now the other premium ones, which is P one and P top One includes all the features that you got in free and Office 365 editions, plus a lot of security features and good administration features. And these features will include dynamic groups, self-service, group management and Microsoft Identity Manager. Plus, of course, you got the cloud rightback capabilities, which will allow a self service password reset for your on premise users. That means the users no longer have to call your help desk to reset the password. Instead, just go to this URL, aka Mssetupspr, and then they will be redirected toa site where they can change the passwords. What’s there in p top two has a lot of security features included, and that means that you can have the conditional access to your apps and the critical company data two also has privileged identity management, and that means that you can do some management with respect to discovering, restricting and monitoring the administrators and also how they access the resources to provide a wonderful feature called as Just in Time Access. And that means that the administrators will have access to the resources just as much as they want and exactly at the time they want. Now, P one and P two are not currently supported in China. Now, there's another thing called Pays you go feature licenses. You can get other feature licenses separately, such as Azure Active Directory BTC. Now, BTC is something that can help you provide identity and access management solution for your customer facing apps. So that's about Licensing and Azure Active Directory additions. It’s important to know what features is covered in which edition. Well, thanks for watching so far. I'll see in the next lesson where we'll be talking about Azure Active Directory types of identities. 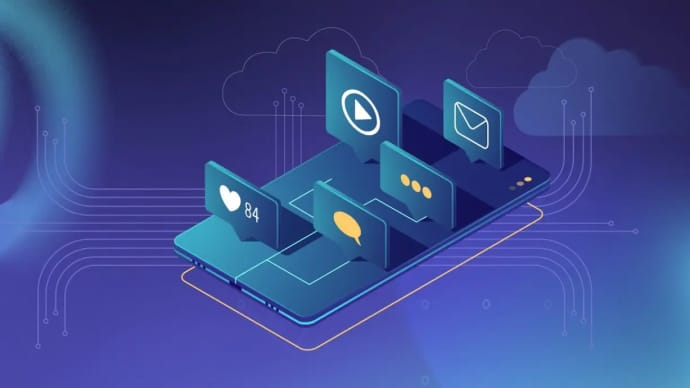