In this section, we'll be looking at how to configure an Azure SQL database for scale and performance. So let's go to Azure SQL and create a new SQL database. So there are three different types. Single database. So this is obviously a single database, which contains one database. It's a great fit for modern cloud-born applications. So if you're starting from scratch and you're going to have things in the cloud, this is where you can store the information. The storage is between half a terabyte and up to four terabytes depending on how you provision it. Unless you go into the hyper scale where you can go up to 100 terabytes and maybe beyond, you have the option of serverless compute or you can have provisioned compute, whichever one you want and it's fairly easy to manage. Now if you've got multiple databases, then you might want to consider an elastic pool. Now we'll have a look at, I think, a couple of videos time.When you would use an elastic pool What are the requirements? When is it a good idea? There is a fairly new version on the block called a database server, used to managegroups of single databases and elastic pools. I won't actually be getting into that. I want to know if there are any requirements for the DP 300 certification about it.So we're going to have a single database and I'm going to click Create. So you can set up your resource group. So this could be an existing resource group or you can create a new one just here. So a resource group is just a container for where all of your resources for a particular project, or maybe multiple projects, are. So the advantage of having a resource group at the end is that if you don't want the projects anymore, you just delete the resource group and it deletes everything associated with the project. You can also give it a database name and you can see it's got to have at least one character and a maximum of 128 characters should contain reserved words and special patterns. And on this server, and I previously set up a server,this was the dialogue box. If you remember, for setting up a server, the database name needs to be unique. So you can set up an elastic pool at this point an elastic pool.As I said, we'll talk about that more in a couple of videos time.And you can also set up your storage redundancy. So how do you want your backups to be stored? Do you want them to be locally zoneredundant or georgundant? And you can see from the preview that these are relatively new. So georeredundant backup storage is the default version and it will be geoofficiated to the paired region. So what's that? Well, we've got all of these regions across the world, and the paired region is simply a specific region. So, for instance, the east U.S. is paired with the west U.S. and vice versa. So what's the reason for this? Assume there is a major disaster in both the west and east of the United States, and other regions go offline at the same time. Well, rather than having your resources in all of the places, you might decide, let's say, Microsoft might decide that East US comes up first because the paired region, West US, will probably have much of the same things. As a result, we'll only do one construct, possibly followed by another in the West US. So we're trying to get one of the pairs up to begin with. And everywhere that has a pair region, and that currently has a pair region in the same sort of place as China, China, France, France, Europe. Europe There is one that isn't, and that is BrazilSouth, and its regional pair is South Central US. You may be wondering why they don't use Brazil Southeast. This is actually at the point of recording a very new region. I've recorded previous courses about Brazil when Brazil Southeast wasn't an option. So the only South American version was Brazil South. So it has to have a pair somewhere. So that is where your backup data goes. Now, you can also configure the amount of compute and storage. So compute is the actual working power and storage, the amount that it can be retained here in the configured database. I suggest you do that because the default is around $400-$450 a month. And that might not be as much as you want. It might be too much. So in the next video, what we're going to do is talk about all of these various things that you can see on the screen here.

Returning to compute and storage, we can see that we are currently at the basic level, with a very small configuration. We can't really change anything. As we go through the DTU-based purchasing model, we can change more and more things. Now, when we get to the general purpose and only the general purpose, we can actually change the compute tier from provisioned to serverless. So the advantage of serverless is that you are billed by the second. So, after an hour of inactivity, the billing stops, as does the ability to use the database, and it restarts. When there's any database activity There may be a small delay in talking. Not much, to be honest, but there may be a little bit. So you can autopilot from 1 hour all the way up to seven days, but no less than 1 hour. Now, if you're using Provisioned, then you do have the option of saving money by using the Hybrid benefit. So if you've already got an SQL Server licence for on-prem, then you can use that licence and we can't use it everywhere. This example is in the central US region. You can see that we are saving up to 55%, but it's only saving here about 35%. And notice what it says at the bottom. Your actual savings will vary; however, this may significantly reduce the cost. So, provisioned or serverless for general purpose, the choice is yours. When you get to business critical, you can't do that. And the same for hyperscale. It only really makes sense for general purposes, because if it's business critical, you need to have access to it all the time. Now, the next question is, do you want to use an SQL elastic pool? And the question is, what is that? Well, let's suppose that you have more than one database. So here we have an example of a database. And here you can see the compute requirements for this particular database. So it peaks at 12:00 to 01:00 and then peaks again at 04:00 to 05:00. Okay? So we need to have sufficient DTUs or we need to have sufficient vehicles, etc., so that we can have these compute requirements. These figures are completely made up, by the way. Now, suppose we have a second database, okay? We have exactly the same requirements,except the timing is different. This peaks between one and 02:00, and we still have this peak here till 05:00. Let's add a third database. Again, we have different timings, so itpeaks between two and 03:00, five and 06:00, and then a fourth database. And as you can see again, we have a peak between three and 04:00 and five and 06:00. So notice none of these. The compute requirements are above this figure 20, which as I said is a purely fictitious figure. So what we could do is we could have four databases with a maximum compute requirement of 20. But that would not be that good. When we have looked at an individual database, you can see we are not using much in terms of the compute requirements in this time period. In this time period, if we had a threshold of 20, which would have to accommodate the peaks, that wouldn't be that good. We'd be wasting a lot of money. So here are these compute requirements again. Here's Database One, but let's put Database Two now on top of it. And you can see we peak near 40 here. Add Database Three and Database Four. And you can see that the total peak is around 52, 53. So we were previously talking about four databases, each with an allocation of 20. Here we've got four databases with a total peak of 52. So if we commissioned each database separately, we'd have to provision a peak of 20 x 480. Here we can provision a peak of around 53 or so,and that will be fine for all of the databases. So that is what an elastic pool is. It is a pool of resources, and we can create a new pool. So this is my elastic pool here, and we can configure this elastic pool with whatever purchasing model we want, but we can't choose hyper scale. So you'll notice that when we get to the DTU-based purchasing model, there's a small difference in terminology. It's not DTUs. It's e DTUs. The e stands for elastic. So I could have said, 500 EDTUS, and for the database, individual database, up to 75 DTUs, or I could not do what's called Frost Lite and allow everybody access to the full 500 Ed to use as necessary. So that is what an elastic pool is all about. It's the ability to provision better. all of these bumps. If all of the bumps happened at different times, if they all happened at the same time, well, I would have four lots of 20 all at once. I wouldn't actually save money by having an elastic pool. And in fact, it might well cost me money because it might not be at the Vcore level but at the DTU based purchasing model. The unit price for EDTUS pools is an extra 50%. VCO is the same unit price. So in this video, we've had a look at Provisionedand Serverless and we've had a look at elastic pools. In the next video, we're just going to have a look at some of the other things that we need to look at while provisioning and deploying Azure SQL Database. 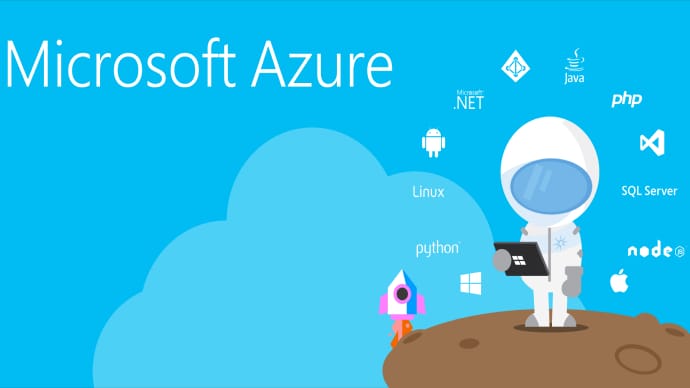