Okay, let's take a moment. We're going to log on now to Exchange Online to look at how recipients are created in Exchange Online. OK, so first order business. We're going to go to Portal, dot Microsoft.com, alright. Also, log in. All right. I've already logged in, so it's going to let me write in here. Okay, Now you're going to create recipients in Microsoft Exchange by having them associated with an Office 365 license. So what I'm going to do is drop down right here where it says Users, click on Active Users, and we're going to create a new user right here in admin.Microsoft.com. Portal or portal on Microsoft.com? Same thing. Okay, So I'm going to go right here. I'm going to create a user named Robbie, whose last name will be Wilson, right. And then Robbie Wilson. My username is going to be Robbie Wilson. all right@examlabpractice.com. Okay, And it's going to autogenerate Robbie Wilson. A password that's fine, says you can require the user to change their password. If you want, I can send the password to email. I could put in Robbie's personal email or something and have that sent to him if I wanted. And then I'm going to click next. All right. So then this is where. This is the key right here. We have to assign him a license. OK? Now the Office 365 licence is going to give him an email recipient mailbox. So I'm just going to select that one. We'll talk more about some of these other licences later. But I'm going to. and click. Next, Another thing is that I have to select a location. Just a forewarning. You can actually create accounts through the other portals. Microsoft has a portal called Portal Azure.com. And you can create an account through that, but it does not force you to select a location. You cannot assign a subscription or a licence to somebody unless they have a location. All right. So here we go. We got the United States. We're going to go ahead and click Next. I'm not going to sign any roles or any of that. Right now I'm going to click Next, and then I'm going to click Finish Adding, okay. So at that point, we've got our user, Robbie Wilson. We're going to close and we're ready to open up Exchange Online. So we're going to come over here to the left. We're going to click the little showall ellipse symbol here and scroll down, and we're going to click Exchange. This is going to bring up the exchange admin center. Now here's the thing again. The Exchange admin centre exchanges online. It looks and feels pretty much exactly like Exchange. 20, 16, 20, 19. Basically, the Exchange admin centre that you're used to, okay? So it's got a little sharper text, but other than that, you're going to notice it's pretty much going to work the same way. The only difference, though, is that if I click onrecipients, I don't have a plus sign right here. Observe that, right? I don't have a plus sign because the recipients are added through that Microsoft 365 portal and then by assigning them that license, that is how they end up getting the recipient account. So, as you can see, here's my new Robbie Wilsonguy, whom I can edit in the same way that I would on a regular premise. You've got a lot of the same options that you can see. So this is all going to look familiar to you. Same options, same options that we've got available to us. all right? Okay, all of that is the same. I can also go in here and I can create a resource. So I don't have a plus sign when it comes to recipients. But over a mailbox recipient, but resource mailboxes, I can go here. And you've seen me do something like this before. I could say comp room one, right? Comp Room One, give it a name. I can basically create a room mailbox if I want. The same thing I can do if I want. I can go through the process of creating an equipment mailbox if I want. So all this is the same. Again, this is business as usual. You can create contacts, your shared mailbox, all of that is sort of the same. So you should pretty much feel right at home if you're comfortable with dealing with Exchange on Prem,working in Exchange, the Exchange Admin Center with ExchangeOnline, same kind of game plan. All right, I've got mail flow, accepted domains, and all that stuff, you know, same kind of plan. Overall, the important thing to remember is that when it comes to creating Exchange, the mailbox recipient, you must first create the account in order to sign it a license. And that's what's going to actually make that recipient show up for you. Okay? But all in all, it's pretty straightforward.

We'll take a look now at the recipients object here. And then here are our mailboxes. We're going to go ahead and edit this user here called Adam West. Zoom in on the little dialogue box for this. Now we've gone through a lot of these different options here before, but one of the things we haven't gone through is the concept of what is known as the mailbox delegation option. Okay? So there are a couple of things here you definitely are going to want to understand. This is going to be helpful for the real world. It's also going to be helpful for if you take the exam. It says send as and send on behalf. You need to make sure that you understand the difference between those two things. So let's kind of take a deep look at what this is saying. Send as they tell you on the screen. The send as permission allows a delegate to send email from this mailbox. The message will appear to have been sent by the mailbox owner. So it is going to appear as though it was sent by the person who owns the mailbox. Okay? So this is going to be used in a situation. You have Maybe you have Adam West. Adam West is some kind of MAYA manager or something like that. And Adam West is going to be going on vacation, and you need somebody to basically respond as Adam West. This is something you can do. It's not as common to do this with an actual user as it is with a mailbox, sort of like sales or research or marketing or something like that. But it could be used in that situation. It could also be used in a situation where Adam West no longer works for the company. And we want to send out an email on behalf of this person, saying, okay, hey, look, Adam West no longer works with the company. You need to email this person. So you could do that if you needed to. All I've got to do is hit the plus sign there and I can select who can do this. We're going to say that JanWilliams can be sent as Adam West. Okay, Now look down here and we've got an email on behalf. Send now on my behalf. If you read what it says, it says "thesend on behalf permission" which allows the delegate to send email on behalf of the mailbox of this mailbox.The front line in any message sent by a delegate indicates that the message was sent by the delegate on behalf of the mailbox owner. So this is going to be more common, okay. And this is going to be used in a situation where maybe again, you have a user who's going on vacation, whatever, and you've got somebody who is monitoring that person's mail while they're gone and they need to be able to send on behalf of a user. Maybe you've got a manager or something that's left that's gone. You've got an administrative assistant who's kind of taking over the email for that person while that person is gone. So you can do that very easily. Click here on Send on behalf, and then you can choose this user who can do this. We're going to say that Bob Sticks in here is going to be the person who is going to be sitting on behalf of the So in other words, now what you got is a scenario where Adam West is gone on vacation, maybe, whatever,and this Bob Sticks in guy could go through the process of emailing on behalf of Adam West, but it is going to say that Bob Stixon is the one who's actually sending this email. If you look at this Jan Williams person with send ads, the email will appear to come from Adam West with send on behalf. It doesn't work like that. It's going to show that Bob Sticks is sending on behalf of Adam West. Okay, the last thing you've got here is just full access. This is just saying with full access permission, it allows the delegate to open this mailbox and behave as the mailbox owner so they can open it, look at it, all of that. And Adam West is the mailbox owner. But it also tells you that Exchange and Trusted Subsystem are also considered owners of this as well, because Exchange does need to be able to interact with the mailbox and do maintenance services and things like that. But we could add another user here and make that other user the owner of the mailbox. If they become an owner of the mailbox, they can actually open the email and read all the person's emails, but you're still going to have to give them permission to send on behalf and send as. The one thing not to get confused about this is that a lot of people believe that once you have fullaccess, you can do these two things as well. That's not true. Full access is just going to let you open the email and be able to see their email account mail, but you have to have these other privileges as well in order to do a send as or send on behalf. Okay, All right. So you're going to find that this setting is both with Exchange and Prem. It's also on Exchange online. You could manipulate these settings using EMSor, of course, this graphical tool. All right, so that is your mailbox delegation,and hopefully that gives you guys a decentunderstanding now of those different mailbox permissions. You. 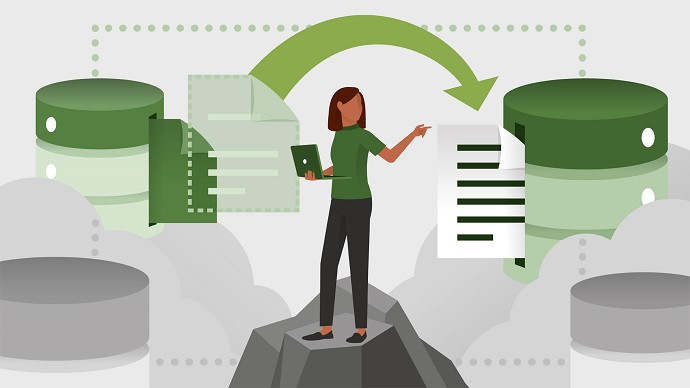