4. 41. Adding columns to our Dataverse table

Now we've created our expense table. We now need to add the columns that we need. So if you remember, a few videos ago, we had a look at needing a description column, a status column, both with a text, a value column, which is a number and a date of expense, and also an aid column. So we've already got an ID column, but let's just have a look at it. So I'm going to click on it and you can see that this ID column is of data type text. And that's not actually very useful for me if I want the computer to autogenerate it instead. Let's have a look at the auto number instead. So if I click on this, then you can see that the computer is going to start generating,in this case, numbers as a string. So we have a seed value. That's the starting value that we're going to use for our auto number column. Then we have a minimum number of digits. So if I change this to six, for instance, then you can see that we start off not with the number 1000, but with a string. You can also have a prefix. So, for instance, something like ID 1000. Now, that's not the only thing. You can have it prefixed. You could have a date prefix. Assume you wanted the ID to include the date you are entering the information in. So that is perfectly doable. So here you can see Yeah, and then here we have the date and the month. So it's not in the usual format, but you can change the format if you want. Normally, I'd have your monthly. In this case, we're having a year, day, and month,but you can select a date format. So generally, I would go for an astring prefix number. You could have custom. This gets really complicated really quickly, but if you need a particular format, then you can do so. For instance, suppose I wanted the format to be a full sequential number followed by a six-sequential number with a hyphen in the middle. It's doable, but let's just stick to a standard string prefix number. So I'm going to give it time to grow. So I imagine I'm going to be adding more than 8999 rows to this example. So if I entered row 9001, for instance, we want this to say 10,000, but we still want it to be roughly in alphabetical order, if you sort of alphabetically as opposed to numerically. So let's just have some leading zeros at the beginning and right at the bottom, we've got the description. So the required name field you see is the auto-generated description. There are also a few advanced things which we don't really need to go into much at the moment. So here is our new ID. It is an auto number as opposed to text. So that means that the computer will take care of it. It is required. So we've got three different things that we can have. We can have optional, we can have recommended. So there may be some sort of indication saying "yeah, put it in and required" and then there'll be like a star and an asterisk sometimes when you say "here's the field, please put it in." We've had a look at the star before in the practise activity, so it's going to be required. That's usually good for a primary key, so I'm now going to say done. And there you go. And you can see a little icon next to it. It shows that I have edited it. So that is how we can adjust the primary name ID so that it becomes autogenerated. Now, in the previous video, I said that the primary name columns are on a single column. But suppose you wanted a compound key, so you wanted, for instance, to stop somebody from entering the same amount to the same person on the same day. So for instance, if I entered that I'd paid John $50 today and then I entered it again, you could think that's probably a duplication. I should have said $100. Well, you can do that, just not with the primary name column. Instead, you can do that with keys. So you can have different keys, which can be single columns or a compound of multiple columns. So I can say, okay, here is my IDkey and it is based on the column ID. So click "done." It's a bit duplicative, but you can do that. Now why would you want to create keys? Well, suppose we wanted everything in a particular column to be unique, like a primary key. So, for instance, suppose I wanted it so that the combination of person, amount, who to and date was unique. I couldn't add it a second time, while I could then add a key based on those four columns, and then it would ensure the uniqueness of those four columns when taken into combination. You can't insert a key if you've already got non-unique data. So this is really good, adding it right at the beginning. If you're adding it later, then you'll need to make sure that your column or columns are unique. Why? Apart from uniqueness, why would you want to create keys? Or keys also act as an index, so they can improve database performance, especially when you're linking to external databases. So in this video we've had a look at primary name columns, but we've also had a look at how we can add additional keys which can be based on single or multiple compound columns, and the keys will be used and required. So, in other words, it's got to be unique. There can't be another role wave at that particular value or combination of values and required. You will have to enter the information into the columns that we have said. You can't just leave it blank. 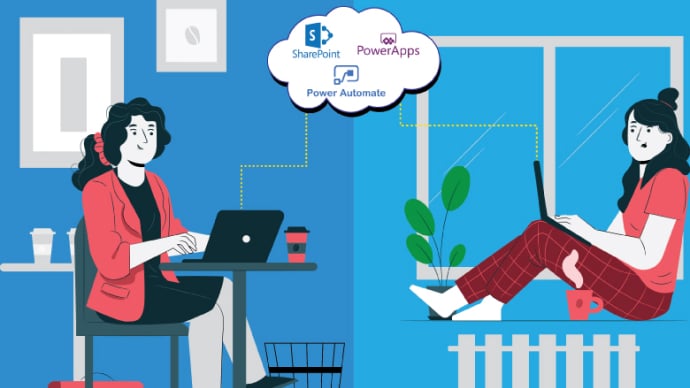